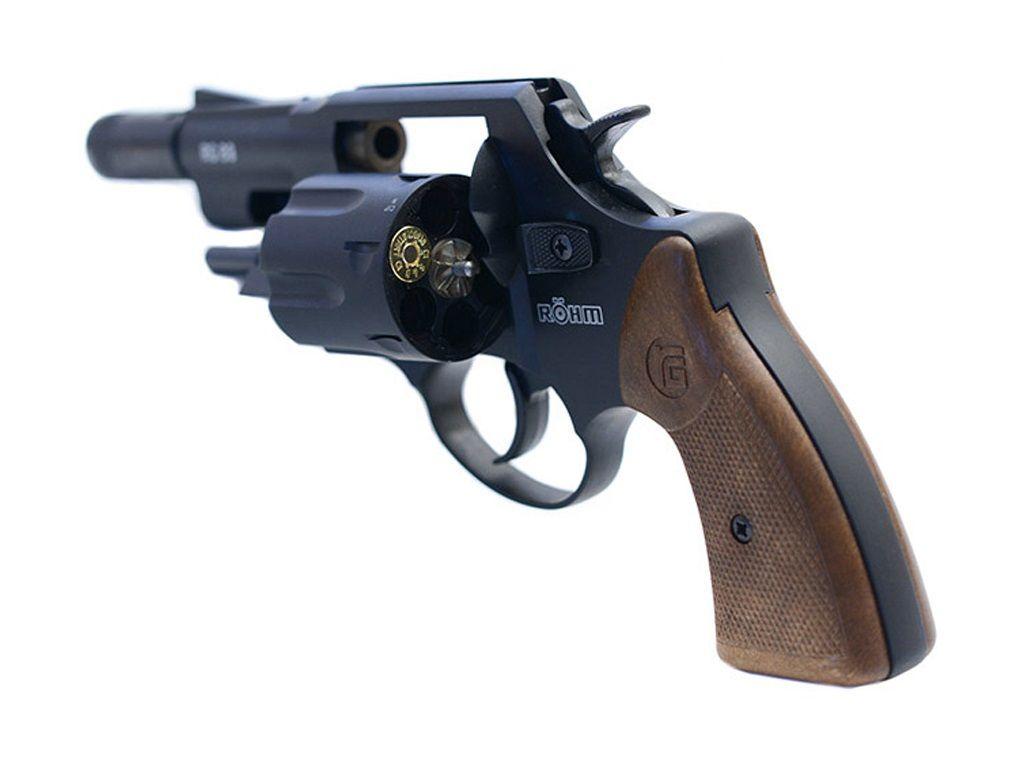 Trigger Pull: In single action it is fairly lightweight with no take-up at all, as you would expect from a revolver. The double action trigger pull is much heavier with a smooth release. Mechanically, the trigger feels really solid.

Build Quality: Overall, it is excellent. Being German made, its built to last, and the fit and finish are typical German quality. There are steel parts where they need to be, like in the barrel, pins, screws, and reinforcing parts. The rest of the gun is generally made out of a zinc alloy, otherwise known as pot metal, with only the molded grips being made out of plastic.

Realism: The ROHM RG-89 Blank Revolver is not an exact replica of any given gun in production as this would make importing it into Canada even more difficult, but it is styled after a snub nosed type revolver. As for looking like and working like a real gun, the ROHM RG-89 looks and sounds as loud as a real gun. Of course, with the exception of the dangerous bullet coming out of the barrel!

Comments: Use this ROHM RG-89 Blank Gun to launch flares and scare cartridges to drive off wild animals or use it as a prop in your next theatre production. Its six shot 9mm (.380) cal. cylinder can be fired in single or double action.

We are using this pistol for live performances and movies. It looks really good. Good weight and very loud. We are please with the product.
Was this review helpful to you?  0  0
How are we doing? Give us feedback about this page.