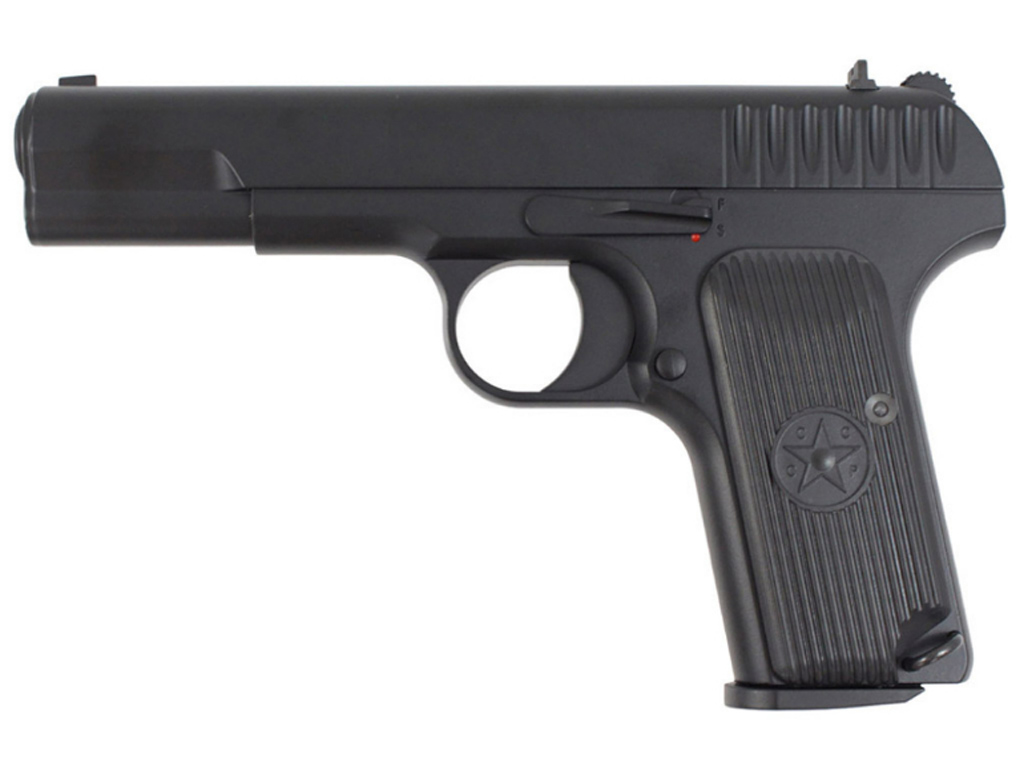 Trigger Pull: Strictly single action only, like a SAO revolver. You'll need to cock the hammer manually with each shot since the trigger does not actuate the hammer as it's only used to release the hammer. There is no blowback action so the slide recoil also won't accurate the hammer. Don’t expect the KWC TT-33 to be an action shooter, but the trigger is decent on it since it is short and not too heavy.

Build Quality: Built well enough with mostly metal construction. It feels very solid, and the only plastic parts I can tell for sure are the grips. Everything else appears to be all metal. The entire gun is two separate halves joined together with screws that you can see, but in terms of build, I would say that it is a very solid, well-built airgun.

Realism: This is one area where KWC's TT-33 pistol may let a few people down. There is no working slide or blowback operation, and with the screws joining the two halves of the gun being fairly visible on the right side of the TT-33, it does take away from the realism. The biggest downside for me is the lack of an ejection port. There's not even a fake one etched into the slide. On the other hand you do get a recessed barrel, full size drop out metal magazine, and I like the way KWC worked the safety into the slide catch release rather than adding another safety somewhere on the gun where it was not meant to be.

Comments: I like certain things about the KWC TT-33 Tokarev Pistol and then some things make it hard for me to like it. I like the weight and feel with its almost entirely full metal build including the full size drop out metal magazine. I also expect the single action only trigger to work well for getting some decent accuracy. On the other hand, having to cock the hammer on what should be a semi auto pistol is weird and the lack of the ejection port on the slide is a big oversight in my books.