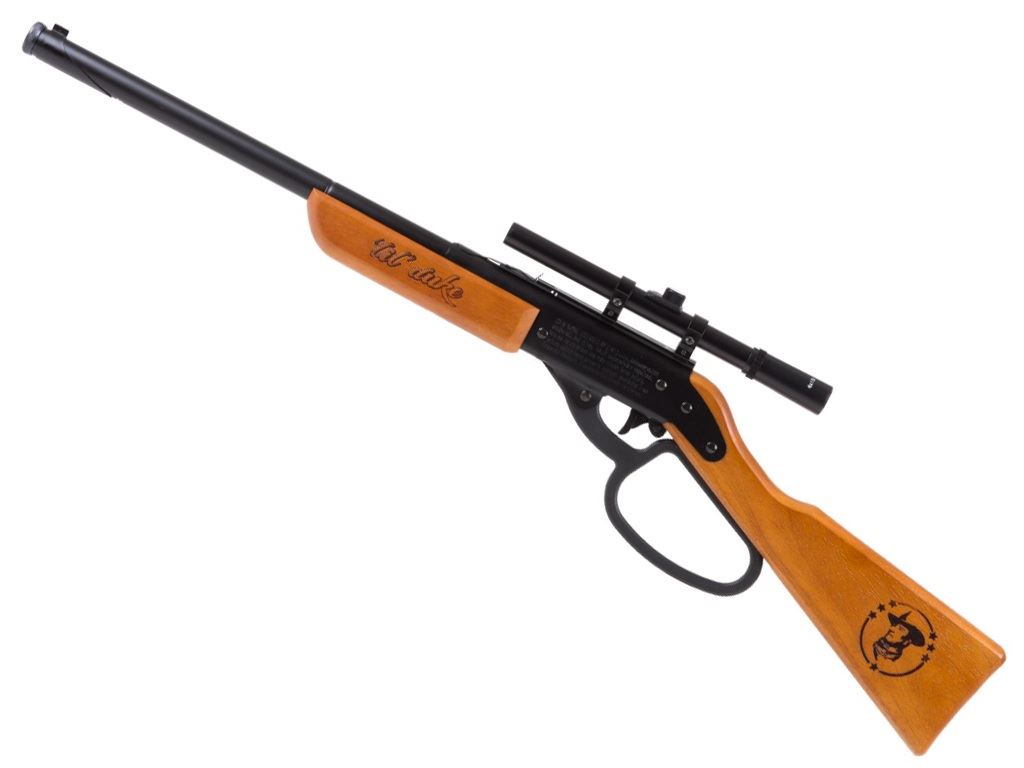 Throughout his iconic film career, John Wayne trail-blazed across the silver screen, captured hearts worldwide, and portrayed courage in the face of all odds, as only he could. To honor the Duke's legacy, Air Venturi presents the Officially Licensed John Wayne Lil' Duke .177 Caliber Lever-Action BB Rifle. Aimed at beginners and younger airgunners, this lever-action repeater is a great way for pint-sized shooters to get involved in shooting sports, and start plinking away with a very user-friendly gun.