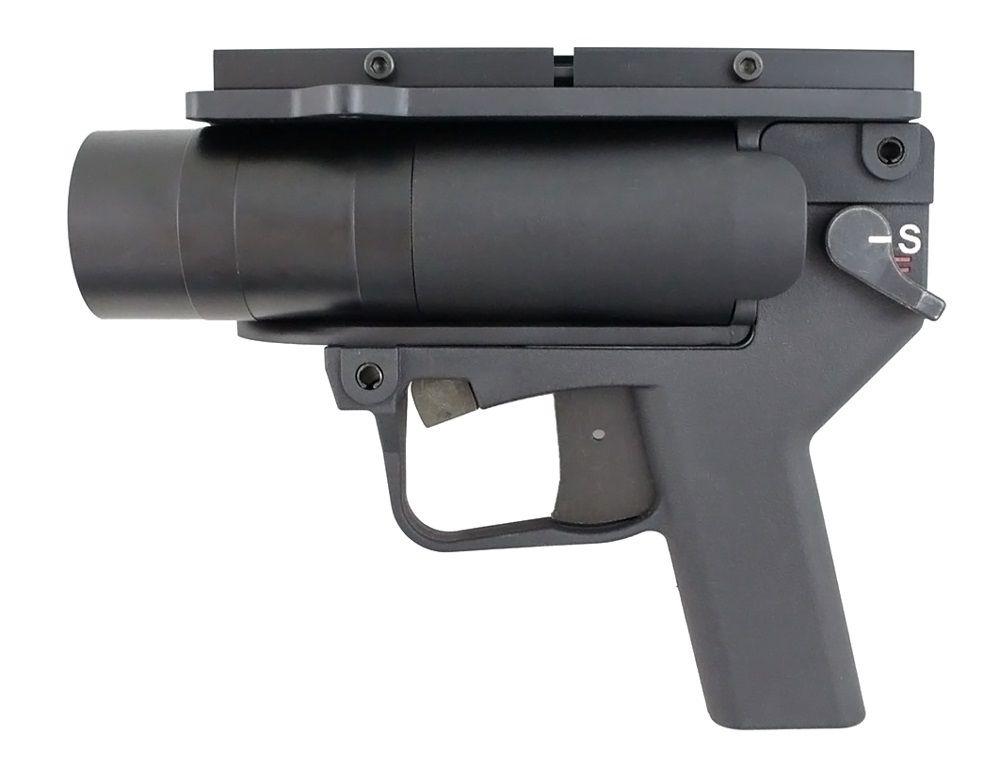 Comments: Pack an explosion of firepower in a small space with this compact Grenade Launcher from ASG. This pistol style launcher is a lighter, compact version of the original Madbull AGX. It can be carried and fired on its own like a handgun or mounted on your rifle’s tactical rail as a foregrip accessory. Load in a 40mm airsoft grenade and devastate your opponents with an enormous burst of BBs.