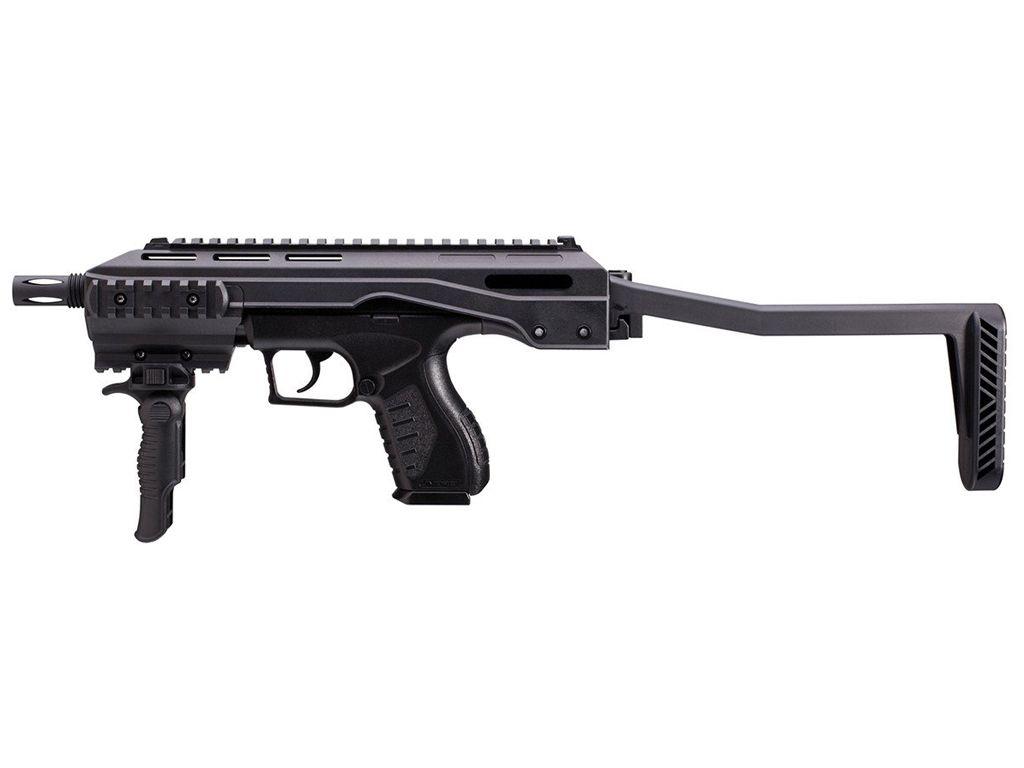 Trigger Pull: The trigger pull on both the Umarex XBG and TDP 45 is medium to heavy but since it is a double action only trigger, this is to be expected. There is a fair amount of take up with the entire pull being about 8-9 pounds with the release point happening right at the very back of the pull, you get a bit of a clicking sound warning right before it releases. If you are used to shooting other lower priced double action triggers where the barrel protrudes out of the front of the gun when you pull the trigger then you will know what to expect with these two guns as they are setup pretty much exactly the same.

Accuracy: This part of the review is yet to be determined as I have not done my Field Test or Shooting tests for these guns. I will put a link in here when I have done my official Field Shooting Test. For now all I can go on is some feedback from others which generally claim that these Umarex CO2 BB Pistols get good all-around shots per CO2, Accuracy and FPS performance.

Build Quality: The Umarex XBG and Umarex TDP 45 internally share many of the same components and I am assuming they both use many of the same internal parts, they do have much different plastics shells which you will find to have all mechanical parts to be moulded into with the exception of the Trigger, safety and magazine release. Again, most of the build materials are plastic with the exception of some internal parts, the magazines, the barrels and the triggers.

Realism: The Umarex XBG and TDP 45 CO2 BB Pistols are not actual replicas of any specific gun in production, both are styled after modern mid-sized semi auto pistols but it is hard to pinpoint any one specific gun for either of them, I am sure you will give me your feedback on this. They do look like real guns but their function is based more around what the easiest way is to build a BB gun rather than how can we make this gun function as close to a real gun as possible. That said they are very efficient and simple in operation which should make them very reliable.

Comments: Personally I prefer spending a few more bucks to get air pistols that have more metal and more working parts, but not everyone has 100+ dollars to spend on an airgun or do they need it to be ultra-realistic. Some people just want a gun that is easy on the wallet but still offers decent performance and reliability, and to be honest, a simpler design with less moving parts to wear out or malfunction is probably going to give you better reliability at the end of the day. It just depends what you are looking for. Even if you have a few ultra-realistic high end airguns, why not pick either the XBG or TDP 45 budged minded Umarex models for day to day plinking and put less wear and tear on your more expensive collector pieces ;)

its the xbg with fore grip, shoulder stock, and rails all around for dot sight/flash light/laser. xbg is a great pistol that shoot hard, all the accessory included make this a very nice package. Highly recommended.
Was this review helpful to you?  0  2
Money Value
Accuracy
Quality
May 12, 2016

So Far its great

great accuracy until C02 is weak just like other BB guns
Was this review helpful to you?  0  0