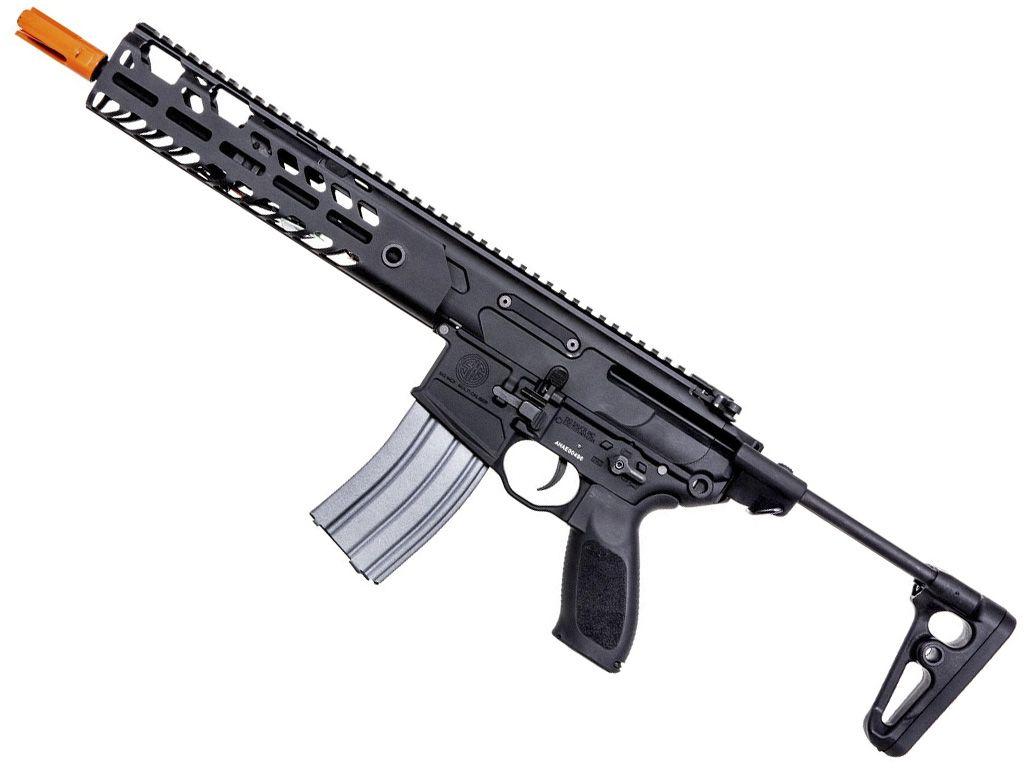 Comments: Modeled after its real steel counterpart, the ProForce release of the Sig Sauer MCX Virtus Airsoft AEG (Auto Electric Gun) Rifle does not disappoint. With a Full CNC machined receiver, integrated M-LOK™ handguard, 3-position telescoping stock, open full-length picatinny rail for the addition of sights, and a modular locking accessory mounting system. The MCX Virtus is an airsoft BB slinging brute with 120 round mid-cap magazine that keeps you active and engaged on the firing line.