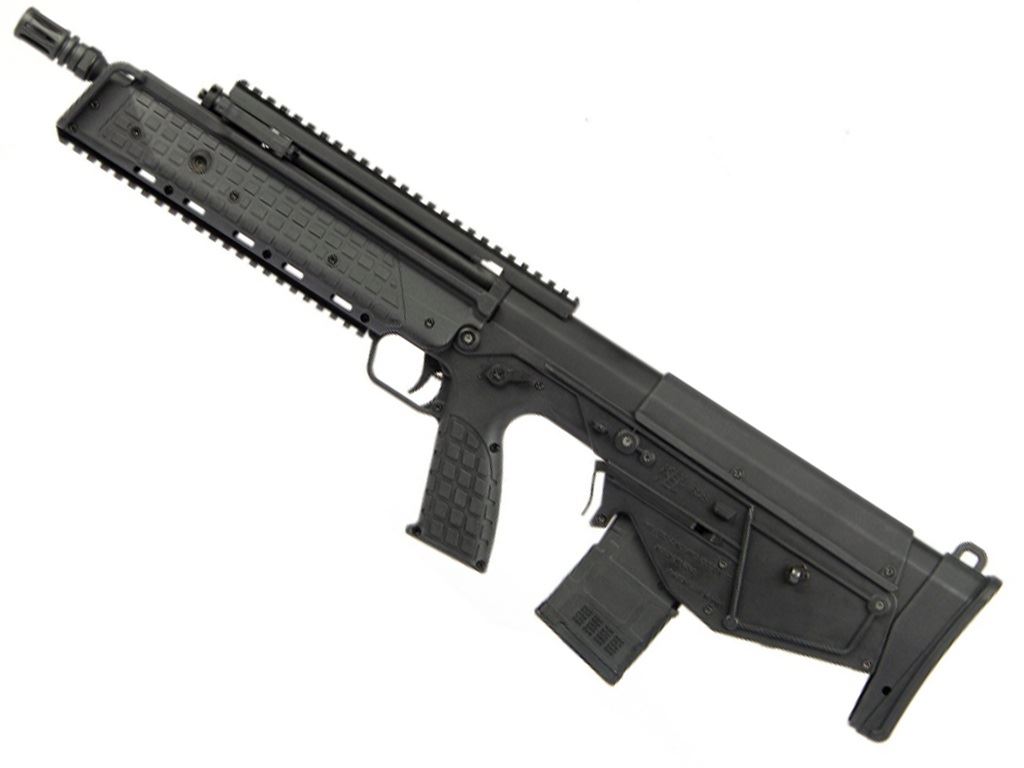 Comments: The Kel-Tec Licensed RDB17 automatic assault rifle is indeed a rare sight to behold on the Airsoft field.  It embraces an aesthetic bullpup design and a polymer body that will gain you advantage on weight while allowing you to enjoy a full length barrel.  This model also comes with a downward ejection design to give both left-handed and right-handed shooters equal dominance over their gun when engaged.  Thanks to its quick spring adjustment system, this one is also perfect for different scenarios and sites.  It can be easily morphed to become one of the highest FPS sidearm to take to field, hitting the chart at about 420 FPS.