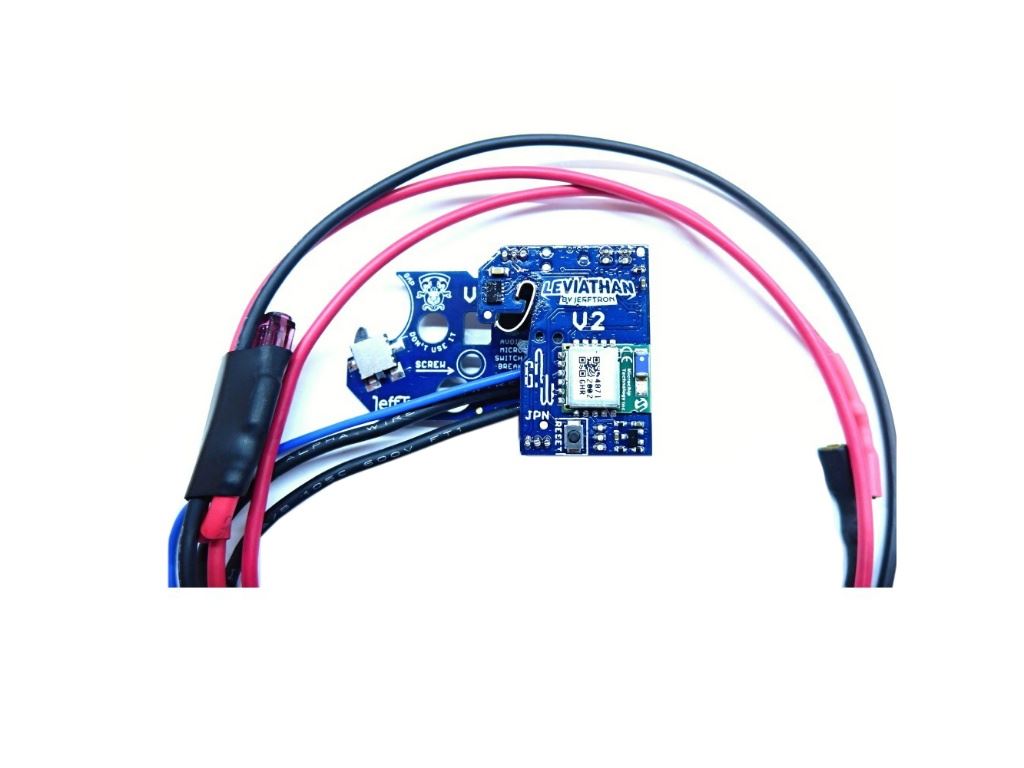 Leviathan - V2 is processor controlled mosfet with wireless communication. It adds new shooting modes, controls RoF, pre-cocking, active braking, low battery indication, statistics...
Everything is controlled via application in the smart phone (iOS and Android).
Device is fully integrated inside the gearbox version 2 instead of the original trigger contacts.
Comes with completely made wires to stock with mini fuse and deanT connector - no soldering needed.

FIRE MODES:
Independent for every position on the fire selector (SAFE - SEMI - AUTO)