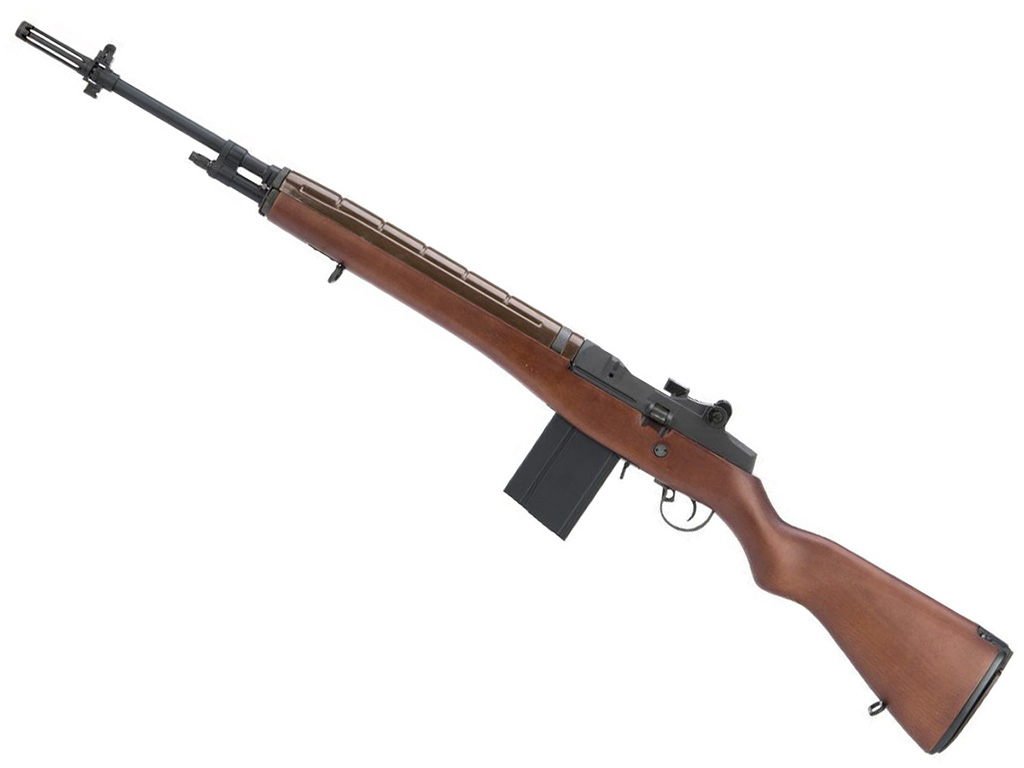 Highly evolved from its WWII roots, the M14 combat rifle has long been sought after by airsoft players around the world. These powerful rifles played both combat positions as well as sniper positions. Edging out Tokyo Marui in the race to release this popular rifle, G&G's version is designed with a real wood stock. Sporting a 470 round high capacity magazine, this gun will have no problem providing ample cover fire for team play.

This new version comes with Mosfet and ETU electronic trigger