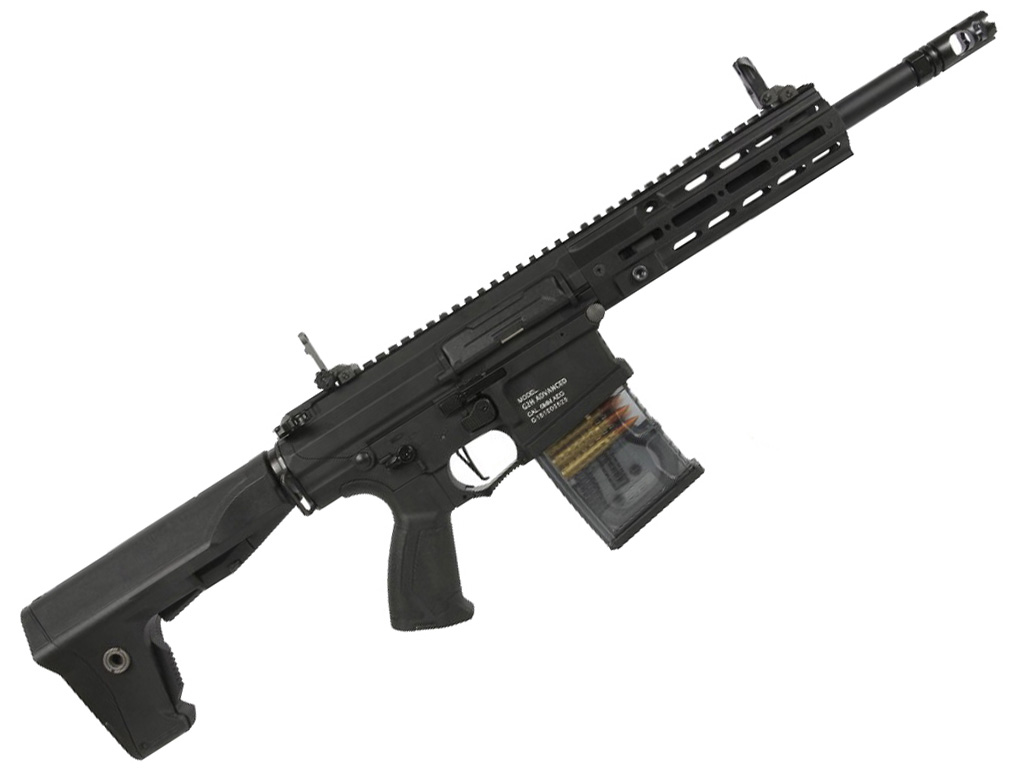 The arrival of the new Gearbox G&G G2H marks a new era in the field of electric guns. The small size of the MOSFET allows you to insert the battery more comfortably without sacrificing performance. The MOSFET is also equipped with an acoustic signal to indicate the change of fire mode and alert when the battery is almost empty to avoid damage to the rifle.
The new ETU allows you to select 3 or 5 round bursts without the need for external programmers while the switch in the magazine compartment disconnects the power when the magazine is disconnected or remains without shot *.
The magazine release controls, armament, selector and bolt catch (working) are completely ambidextrous and the receiver is completely metal, making this series the top of its category for innovation and realism.
Features :