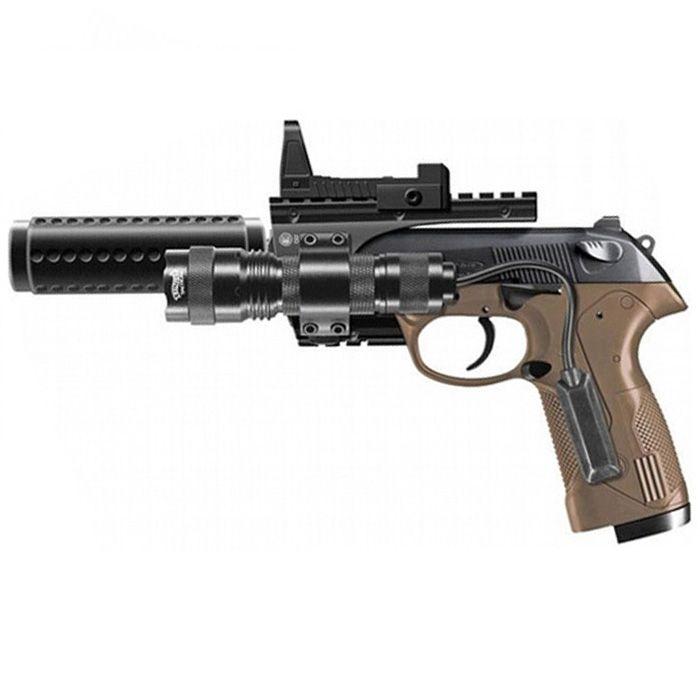 I've already done a review of the Non-Tactical Umarex PX4 Storm CO2 Blowback Pellet-BB Airgun so make sure to read up on it and also checkout my YouTube Video Review.

The base gun is literally exactly the same except for the two-tone coloration on the Tactical version. The Tactical version obviously comes with the addition of several accessories which makes it the "Tactical Model".

Firstly, there is the addition of the Suppressor. With an airgun, usually a suppressor is mainly for show as sound level is not often an issue! That said, an airgun can benefit from a suppressor in one big way - a longer barrel meaning more FPS. Unfortunately Umarex did not take advantage of adding barrel length to the PX4 Tactical model and I'm not really sure why. Even with a longer barrel I double that the PX4 Storm would exceed 500 FPS excluding it from the Canadian market. That's just my two cents on the suppressor but on a good note it seems to be all metal and well built.

All in all you will pay about double for the PX4 Storm Recon over the basic PX4 Storm but it does make for an intimidating looking hand gun especially if you're into that tactical look!